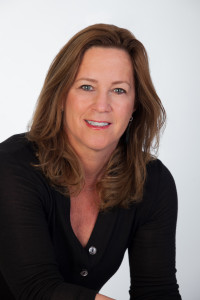 Linda Abrams is an expert in marketing, distributing and monetizing entertainment and video content on all platforms. Abrams has worked over 25 years in television and digital media, with diverse experience running TV distribution marketing at a major cable network (MTV/MTV2), studio (Warner Bros.) and digital/mobile media start-up – Stargreetz, a company she co-founded.

In 2013, Abrams founded Xposure Media, a global TV marketing and distribution company focused on helping companies navigate and succeed in the ever-evolving ecosystem of OTT and streaming video. In this capacity she has spearheaded a wide range of marketing communications  and business development initiatives, customer acquisition and retention campaigns as well as cross-platform distribution strategies for clients ranging from Cinedigm to CTAM.  Abrams also serves as the Chief Revenue Officer for 24i Media  an industry-leading, global TV app developer who’s solutions make it easier, faster, and more cost-efficient for media companies to distribute their content on connected TV devices. 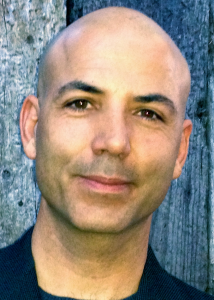 As television has evolved from cable to multiple devices, major industry players have hired Jonathon Barbato to help them maximize the changes.  He understands the evolution from the inside-out.  He was Head of Marketing at a major Studio (MGM-TV); a major cable network (STARZ) and has launched his own networks (RipeTV, Octane, Flow); as well as taught others to do the same (i.e. EDGEtv, Outdoor Channel). His digital entertainment agency, Apricot Corp, has worked with over 20 TV networks (i.e. A&E, Lifetime, Fuel, Havoc, G4) to drive viewers to content online and mobile. Apricot has also worked with adRise and others since 2012 to launch multiple networks Over-The-Top (i.e. Roku, XBox, Hulu, etc.). And Apricot advises start-ups (i.e. MovieClips, myTikr, Songtradr) on launching and monetizing in the mobile app space.

President of Apricot Corp, Barbato wrote the multi-platform measurement strategy for Rentrak; helped raise over $50 million in seed, Series A and Series B funding for multiple companies; has contributed to over $15 million in digital media sales; has driven over 250 million video views to over 20 networks; acquired distribution rights to almost 2000 titles of content; and has been responsible for branding campaigns spending in excess of $20 million in media.

Prior to his entrepreneurial years and leadership placements with MGM and STARZ, Barbato has also held executive positions at Sony/Columbia TriStar TV, Warner Bros., Genesis Entertainment and Harmony Gold in domestic and international TV distribution and marketing. He was responsible for the trade and consumer marketing of such entertainment brands as: RipeTV, OctaneTV, Starz On Demand, Outer Limits, LAPD, Poltergeist, Stargate, Mad About You (Int’l), Seinfeld (Int’l), Dallas (Int’l), Married With Children (Int’l) and literally hundreds of others.